An Eldar Weapon that turned out to be a trap, but has been reforged

Originally “gifted” to Jequin Hos by the Eldar Autarch Quai Hon’Os of Craftworld Kaelor. The blade was ostensibly given as a promise by the Eldar that he would return for it and reclaim it from the Rogue Trader at a later date. Though this may be true, the blade was also rigged to fail the first time the Rogue Trader used it, and it shattered in combat with Warboss SnokGritz.

The blade was since reforged by the Jokaero and presented to the Rogue Trader, where he has also promised to return it to the Eldar who tricked him. 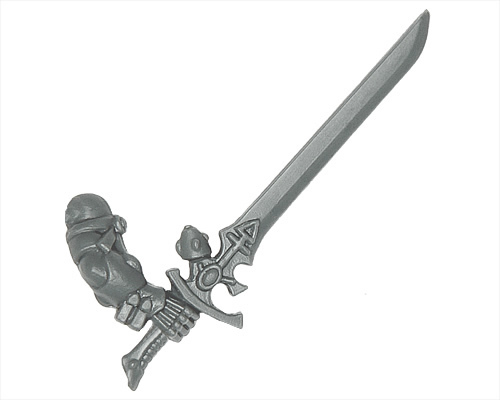