Advisor to the Priest King of Djenessey, and the Ironmine guide

The primary advisor to Priest-King Anansai, he served as the point of contact for Captain Nemo Ironmine to Vaporious. He accompanied them on their wildly successful hunt for a Sand Tiger by Astropath Eckhart and Jian Vang, and served as his introduction to the language and culture of his people.

He was also responsible for getting both Shazzy Law and Captain Ironmine to the waters of Vaporious, but was ultimately revealed as being yet another unaware citizen enthralled by the being known as Solomon Grundy. 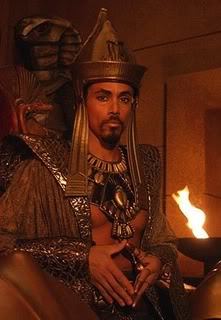