An Orkish Warboss who assaulted Damaris but fell in combat.

The Orkish Warboss behind the invasion of Damaris. According to Captain Locke the tactics he displayed were abnormal for an Ork, and he had managed to amass a fairly sizable Orkish fleet. Unfortunately his Battlekroozer was caught alone, and crippled in a fight with the combined force of the Hos Dynasty, the Aegis and the Damaris SDF. With both his ship and the In Purgatio Lumen facing destruction, Captain Hos challenged the Warboss to single combat, which the Warboss lost. Any further Orkish threat was neutralized by the attack of Craftworld Kaelor. 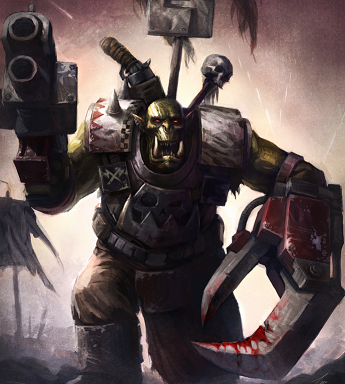