Over inflated pirate who soon found himself outclassed, and then dead.

The self-proclaimed Pirate Admiral of the Inti System, his discovery of an ancient Archeotech Space Station allowed him to amass a modest fleet, and harass nearby merchantmen and travellers heading through The Cauldron, and occasionally venturing into raiding The Foundling Worlds. His luck ran out when he attempted to capture the In Purgatio Lumen, only to discover he also faced the backup of the Mechanicus’s In Obscurum Veritas.

During the fight a vessel near his found its Warp Drive punctured by the lance of the Lumen, and in the resulting Warp Drive explosion his vessel was pulled into the Warp. His fleet fell into disarray, and was picked apart by the Hos Dynasty. Augustus Herst revealed in the after-action debriefing that he ensured loyalty through an unknown contract with a Navigator House, the origin of which was never determined. Whatever other secrets Jacobus may have held died with him.

Ah the foolish “Admiral” Jacobus, pirate and annoying man was meet. Surprisingly in the system surrounding the ‘Black Star.’ Not surprisingly he had been completely incompetent and could not think of a way to escape the system (unlike the members of the Hos Dynasty) . However he had continues he willy ways, bringing people into his thrall and then having them follow his every whim. It is good then some of his commanders realized true greatness when they saw the Lumen.

While in the ‘Dark Star’ system he seems to have cut his crew to 10% of what it should be so he could survive on rations longer (truly he thinks not of others, only himself). He has trapped himself in a dead world with a cruiser. He indicated that he continues to be a pirate, as well as misleading people into believe no escape is possible.

May he die there, surrounded by fools he has mustered, as he can be slowly taken apart by the ‘Hollow Men’. 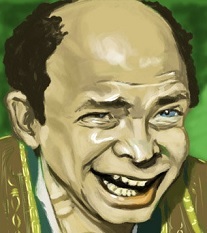