Emperor Fearing militant warrior, who failed to finish her kill.

A striking and fearless young woman who was sworn into the service of Hadarak Fel as bodyguard. When engaged in combat with the Hos Dynasty she immediately lept to fight Astropath Eckhart, and managed to incapacitate him with a combination of combat techniques to distract him, and unknown technology to disrupt his mental faculties. While fighting off a combined assault by Sarvus and the Honour Guard, she failed to finish her kill and Eckhart managed to hit her with a plasma pistol from behind.

She was the first of the Fel Dynasty to die after her master was assassinated, reduced to ash by a blast from Sarvus’s Slaugth weapon. 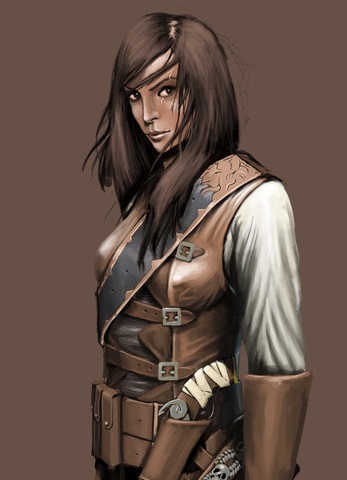