The Banished Archon of the Nexus of Shadows, now raised to Glory

A Dark Eldar Archon of the Nexus of Shadows, she had been betrayed and forced to flee from the city as part of the endless ebb and flow of the betrayal of Dark Eldar politics. Her paranoia and anticipation for her own betrayal had several backup plans in motion that Anya Shen was privy to, which helped the Captain out when she was sold as a slave.

After the Hos Dynasty escaped from the Nexus of Shadows, Salaine made her return to the Nexus known to them, and broached with them a plan to retake the Nexus and allow the group to escape. Using the Dynasty’s Charisma and Strength to help unite the disparate escaped tribes allowed Salaine to lead her Kabal in an assault on the Nexus.

Her true objective was the Soul Reaver, an archeotech human ship at the heart of the Nexus, and upon acquiring it she turned its weapons on the Nexus, razing it and its structures to ashes. With the destruction of the city complete, she allowed her human allies to leave, and set off after her next target – Craftworld Kaelor. 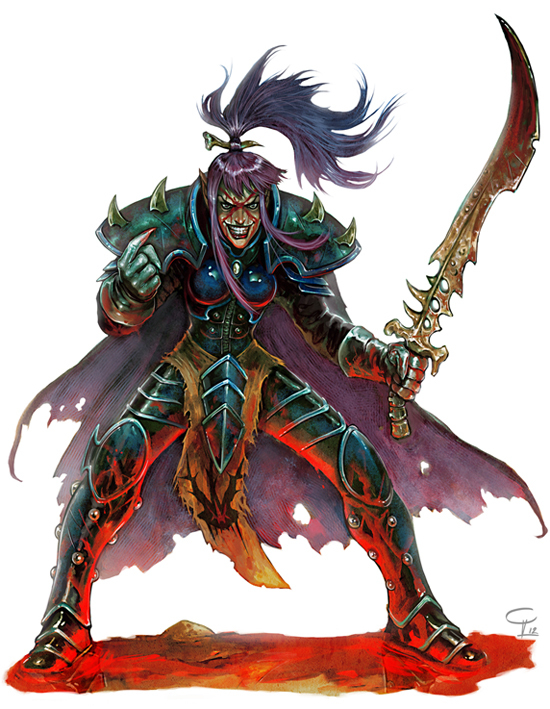