Mythical Figure at the head of a Crusade. Revered by many

At the height of the Angevin Crusade, Lord-Militant Angevin suffered what many believe to be an onset of madness, or possibly the emergence of a madness that had always been there. Whatever the cause, the stability of the entire crusade was called into question, and it appeared that the Calixis Expanse would remain outside of the light of the Imperium for the foreseeable future. It was in these fractured times that General Drusus secured the co-operation of both the Winterscale and Haarlock dynasties, and through this alliance brought a major system of the Scarus Sector into compliance. Building on this success, he rallied the rest of the crusade to him and what appeared to many to be a disaster turned into a rallying point for the crusade as a whole.

However, before the crusade into the Calixis Sector could begin Drusus was felled on his flagship by an assassin – many say sent by the jealous Lord-Militant Angevin. Miraculously, he was resurrected from this seemingly fatal blow and hailed by many as a Living Saint of the Imperium. His conquest and forging of the Calixis Expanse is legendary, and he is revered with an almost unrivaled fervor in that region of space. His legend even stretches to the Koronus Expanse, where some say that the scattered remnants Xenos he defeated in his crusade fled there, and that the Saint will one day rise again to bring that lawless region into compliance with the rest of the Imperium. 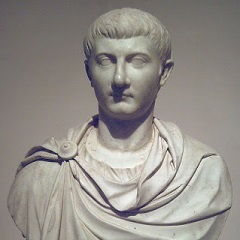