An Eldar Autarch that was relentless while stalking the Party

A primary figure in the elusive Craftworld Kaelor. She was apparently responsible for the many, many attempts at killing the Dynasty on Damaris, before meeting with the Inner Council to discuss a temporary truce. She appeared to agree to backing down from hostilities and presenting her Dire Sword to Lord-Captain Jequin Hos to seal the pact. Ther was yet another assassination attempt, as the sword was destroyed duing the battle with Warboss SnokGritz nearly costing the Rogue Trader her life.

The Exarch made one final push to destroy the Dynasty, summoning a massive Eldar fleet to kill the Dynasty in an attempt that utterly failed due to the surprise reinforcement from Hos Dynasty allies. The Exarch was confirmed to still be alive by Farseer Anaris, though she had fallen from favour in her Craftworld. her current status is unknown, although she did promise to return for her Dire Sword.

She reappeared suddenly on Svard to assassinate Hadarak Fel and pin the blame on Captain Hos in order to incite a war between the Hos Dynasty and Calligos Winterscale. At the war’s climax, she made one last effort to assassinate Lord-Admiral Bastille for an unknown purpose, though her efforts were thwarted by Sarvus and Caine.

Unbeknownst to the Dynasty though, her true goal was to awaken the Alpha Legion failsafes embedded in Sarvus’s stolen body. Whether or not this had any impact on his subsequent betrayal of the Hos Dynasty is unknown, but the Autarch was not seen after her latest assassination attempt. 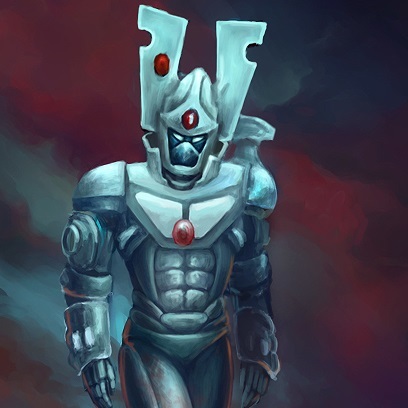