The members needs for the Hossian Scout Platoon are interesting bunch. Recruited mostly from deckhands that have experience outside a voidship. Many members hail from Imperials, Death, Hive, and occasionally Feudal Worlds.

They are encouraged to live by there wits and to be able to survive without help for extend periods of time. They are not a brutal instrument to be used bashing down other ships hallways. The most important role they have is for recon, and ambushing enemy troop concentrations. In addition they should be at home in any space on any planet the Hos Dynasty attempts to set foot on.

The most notable portion of there outfit is that of the black feather in the cap. This ‘feather in the cap’ is given once a candidate has passed the Scout Selection Course run by Arch-Militant Caine. Many of the men in the unit are considered somewhat on edge, but this is need in order to be able to be a good scout. A good scout survives to return what he has seen. This instinct for survival breeds a level of initiative that should be encouraged.

The Pathfinders acquitted themselves well on the action during the Battles for Damaris. It was quite amazing that they did not suffer any casualties while engaged in recon and harassing orkish raiders on the surface of Damaris. Not only that the information that was passed to the Inner Council was valuable in coordinating the defense of Damaris. 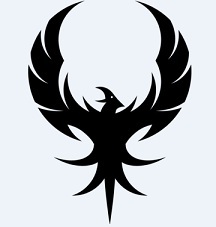