A researcher who has deep ties to the Cold Trade. Awful people skills.

The only person to have been known to have met both the Hos and Kayne Dynasties to date. He is deeply involved in the Cold Trade, specifically affiliated with the Kasballica Mission. Presumably his speciality was working with the Egarian civilization, as his research at Dolorium and Egaria Omega both revolved around the Maze Cities there.

Unfortunately for him, he also seemed to be a magnet for the Rak’Gol. At Dolorium his facility had been overrun by the enigmatic Xenos, and he retreated deeper into the Maze City where he was attempting to hold off the creatures there. When encountered by the Hos Dynasty, he was clearly more afraid of betraying the Kasballica Mission than the Xenos swarming the Maze City, as he rejected any entry into his fortifications, and demanded the Dynasty leave.

His second encounter \was at Egaria Omega where his research had clearly advanced into how to adapt the Egarian crystal tech. Once again he was assaulted by Rak’Gol and attempted to flee to deeper inside the Maze City, but this time he was clearly unsuccessful as a Rak’Gol Techno-Shaman hunted him down, and killed him. 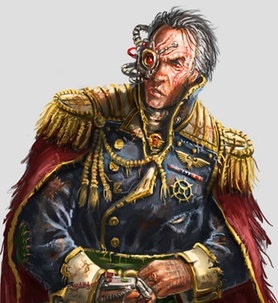