An aged voidfarer now in charge of the Bulwark over Damaris

Orran Reynolds began his career as a Voidfarer at a very young age, when he stowed away on one of the supply transports making its run from Damaris to the Calixis Sector. Though he was soon apprehended, he was sworn in as a Rating and began a nearly forty year career – his perspective – in and out of the void. When he returned to Damaris an older and seasoned man, he retired from his service to assume control of The Bulwark, and became the head of the Damaris Space Defense Forces.

Though not a true void born, he has spent the majority of his years aboard a ship of one kind or another, and he clearly is more at home when there is artificial gravity, or none at all. His only known ally on planet is General Remi Dante, whose professional and straight-to-the-point manner resonates with the socially awkward Commander. 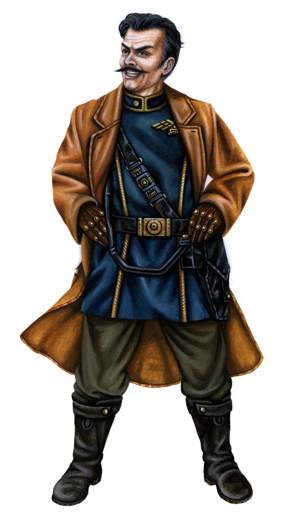