A Navigator from a Shrouded House who could curse other Psykers

A genetically degraded Navigator from a Shrouded House, he delighted in taunting and goading Navigator Maturinus into a duel. When Hadarak Fel was assassinated he got his duel, and in a surprise to all triumphed over Maturinus, incapacitating him. He attempted to negotiate his own escape from the Hos Dynasty, and even turned Astropath Eckhart’s psychic powers against him to devastate the survivors. However even that damage did not slow down Sarvus’s space marine constitution, and the rogue Navigator was put down. 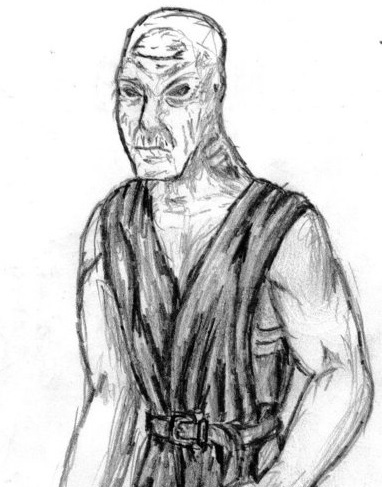