A bishop who is charged with keeping a sacred reqliquary safe

The spiritual leader of the Shrine of St. Drusus on Damaris, he is a man well past his prime, and no doubt would have been moved to a more senior position in the Ecclesiarchy if it were not for the sacred Relic of Saint Drusus held in his temple. Said to be the blessed saint’s preserved hand, it is sealed inside of a stasis casket, which is regularly opened partially to reveal the glow of its sacred workings to be used in his benedictions.

While preaching, the true force of his personality from his younger days can be seen, as he proclaims the superiority and divine right of the Emperor, inspiring his congregation to a great fury. Outside of that situation, he is a quieter and more reserved figure that seems less confident or sure of himself.

My first encounter with Archbishop Mikeal Arnit was at a mass to dedicated to the protection of Damaris. He was very eloquent and bombastic speech in exalting the people of Damaris to beat back the Orcish hordes. The mass also consisted of a viewing of a Hand of the Saint Drusus. The light emanating from the stasis casket was truly magnificent.

The second time we meet, he was more quite and reserved. A humble man who chatted with the servants around the dinner party. When I engaged him in one on one conversation he was very polite and reserved. When talking with him the mention that Lord Hos came with two crusade ships and a tome penned by Saint Drusus ignited him into a frenzy of activity. From the party he took me to the Cathedral he indicated that he believed a prophecy was being enacted. He also wanted the Hos Dyansty to take care of Saint Drusus hand. He entrusted it to me for safe keeping. 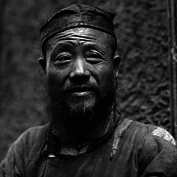