One of the first Eldar encountered by the Hos Dynasty, he was the sole survivor of an attempt to assassinate the Inner Council during the war with Damaris. He was captured and restrained, and his mind read by Astropath Eckhart in order to learn of his goals and secrets. He later re-appeared with his Autarch during the “peace” negotiations, which turned out to be an elaborate trap. He was believed killed in the battle with the Orkish threat in Damaris.

He was presumably one of the Eldar who re-appeared to kill Hadarak Fel and pin the blame on Jequin Hos. 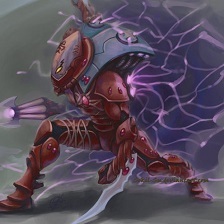