Unbelievably resilient bodyguard who was not tough enough

An overly muscled and alcoholic bodyguard who, to the dismay of the Hos Dynasty, had undergone some unknown genetic procedures which rendered him impervious even to plasma blasts. Despite his incredibly strength, when he went toe-to-toe with Zacharya Caine he wounded the Arch-Militant, but not enough to hold off being impaled by a pair of Lightning Claws.

The only member of the Fel Dynasty to leave behind a corpse, his body was sent to Magos Isabella Stein for analysis, where she concluded he had undergone experimental gene procedures, and drug enhancements likely carried out at Lucin’s Breath. 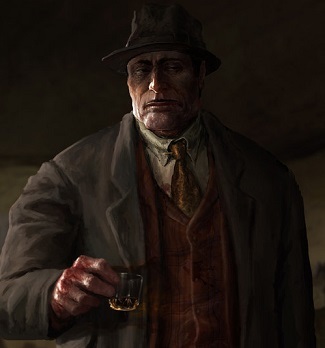