Faithful Seneschal of Hadarak Fel who died so she couldn't flee

The Seneschal and primary forensic account of Hadarak Fel. She got on extremely well with Sarvus during the negotiation for the purchase of Svard. The only one of the Fel Dynasty to show any respect towards the Hos Dynasty, she was the one who somehow detected the assassination of Hadarak Fel.

During the fight she made every effort to reach Fel, but was brought down by Sarvus early in the fight after blowing open the door with a Digital weapon. When the battle was over Sarvus attempted to remove a teleportarium homer connected to the Fel Hand above, but unable to surgically remove it she was reluctantly disintegrated by the Seneschal, thus finishing the last member of Fel’s inner council.

At the climax of the Winterscale war evidence came to light that Hadarak Fel and members of his inner council may have faked their own death to initiate this war. Boarding the Fallen Hand in search of Calligos Winterscale, the Dynasty became trapped in an ambush that they narrowly survived, and were interrogated by Lady Ashe, indicating that at the very least, she appears to have survived. 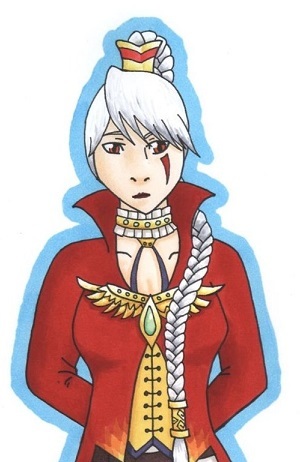