Shell-Shocked Captain who made decisions she regrets to protect her crew.

The captain of the Grace of Jaccobus, she was trapped in the Processional of the Damned for over a decade. She kept her crew alive by following the insane whims of Silbannacus Jacobus, but never fully agreed with his decisions. When presented with an opportunity to escape by the Hos Dynasty, she took it and led her crew to freedom.

Since then her crew has been a loyal if fatalistic member of the Hos Dynasty, and she refuses to discuss her experiences inside of the Processional. 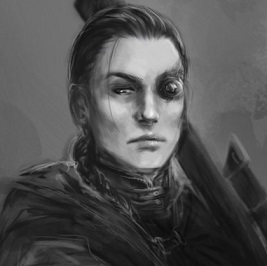