An aged nobleman who clings to life with stubborn, ceaseless willpower

The Calgar family stretches back centuries to the founding of Damaris itself, and its latest scion is rumoured to extend back nearly as far. Though some hyperbole is no doubt present, it is known that he is well into his third century, and only a steady supply of rejuvenat drugs prolongs his life. Normally confined to a life-support system, should he undergo an intense treatment he briefly reverts to a younger state where the young man he presumably once was can be briefly glimpsed, and those who have opposed him realise that though every other part of his body has failed, his mind has not.

Following the deposition of Governor Belkan Kapak, Calgar was appointed next in line to succeed the throne – likely due to him outliving several generations that came after him. 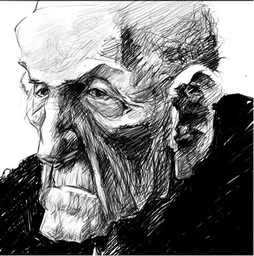