The Mighty Warrior who Martyred Herself Facing a Daemon World

One of the four disciples of Saint Cognatius,she was known for her military prowess, and ability to lead troops into impossible odds, and come out unscathed. Over a dozen worlds fell to her militant style of conquest, and though her destruction was thorough, the faith she established in its wake proved to be some of the most enduring in the Expanse.

Her final fate at the world of Loretta is a confusing one. It is known that she assaulted it with her great fleet to cleanse it of a Daemonic taint, yet at the critical hour most of her forces abandoned her. It is said she still plowed on with just her closest and fiercest warriors, but was never heard from again.

The Ironmine Syndicate discovered that her soul had been trapped in an endless cycle of war by the daemons in an attempt to break her spirit. She managed to free the Explorers from her prison, and held the daemons at bay long enough for them to detonate an Exterminatus device that she had been planning to use, cleansing the world of its taint. 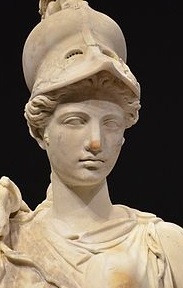