A Preacher of the Order of the Hammer and Ironmine Ally

One of the senior members of the Order of the Hammer, his shrine to the lost missionary Nicodemus Keefe came under attack before being rescued by the Ironmine Dynasty. Out of gratitude, and recognition for their quest to reclaim the tomb of Saint Congatius, he agreed to crew their ships and help to fund their expedition.

After the body of Keefe was found and recovered from Vaporious, he pledged his full support to the quest of the Ironmine Dynasty, and allowed Jian Vang to carry the sacred Piety’s Charge 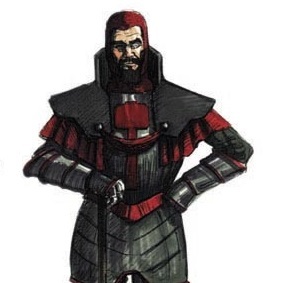