A foolish noble who got in over his head. Which he promptly lost

Castus Klein was a member of one of the influential mercantile houses based out of the Agri—World of Weyburn] in the Calixis Sector. His actions were investigated by Zacharya Caine at the behest of his wife, Aurora Neena. Ultimately he was found to be trading in an unknown race of Xenos, but before Cayne could expose Klein’s actions to the Arbites, or obtain any sort of confession from the man, he was brutally and unexpectedly murdered by his wife.

His goal, or even what he gained from these actions, is still unknown. 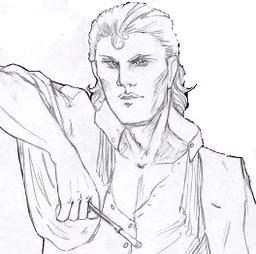