Arrogant claimant thought she planned for everything, except insanity.

The former second-in-line for the Hos Dynasty succession, she had moved in secret among the Dynasty’s Battlefleet Calixis contacts until the time for succession came, at which point she made her move against Siegmund Hos.

As the heart of the Warrant is inexorably tied to the Battlefleet Calixis, she quickly emerged as a front-runner until caught off guard herself by Content Not Found: petria-hos who had made her own connections among the merchants and guilds with the Dynasty. Unwilling to yield her position, she drew the Dynasty into a long succession crisis that was finally resolved with Jequin Hos’ Gamble.

Having lost the position the had planned so hard for, she appears to bear a grudging if strained respect for her brother Jequin Hos who had managed to outmaneuver everyone. She was the one however who denied the new Rogue Trader the majority of the House’s fleet resources, leaving him with only the In Purgatio Lumen for his quest inside the Koronus Expanse. 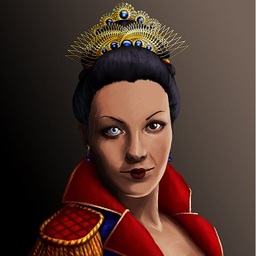