Barka was encountered along with some other Orks when in the Grace system while the dynasty searched for The Widening Gyre. When Lord-Captain Jequin Hos was made the new Warboss of the Orkish band, Barka was sent over to liase with the new boss and the existing Orks, and not at all because he was incredibly annoying and the other Orks couldn’t stand him. He proved himself useful in his role at keeping other Orks subdued, and was instrumental in the defeat of Findecano Calefas aboard the Dagger of Fate.

Following the liberation of Grace, the majority of the Orks departed for parts unknown in their vessel, but Barka and a small retinue decided to remain on Footfall in the Xenosium, so that they could be called upon if the Captain ever decided he needed them again. This decision coincided with Zacharya Caine’s successful emergence from surgery. Odd. 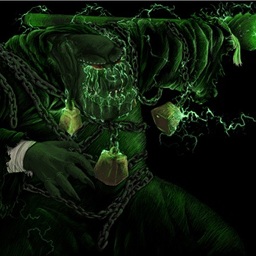