A Missionary, but not of the Emperor. All Hail Chaos!

A Missionary brought on board the crew during their mission to Bannack, and their subsequent expeditions to Hemelshot. He was a passionate and well-read member of the crew, who had plumbed deeply into the realms of heresy and Chaos.

Unknown to the crew however, he was actually a priest of Tzeentch, spreading deceit and chaos amongst the crew. Which he is still doing behind the scenes. 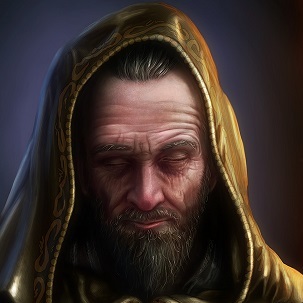