Svardic Astropath who gave her life trying to reveal the truth

An Astropath assigned to the Citadel of Psykers in the Svard system. After the Psylaxis Wardens turned on them, she was the only one who did not do join Astropath Verdan in his mass-sending into the Svard system. Staying with the remaining Administratum personnel she attempted to lead the last defense against the possessed defenders.

When Astropath Eckhart led his team of Death Bastards in an assault on the Citadel, she stood by the Administratum in their resistance, but was ultimately repulsed. She made a final stand in the garden possibly hoping to reason with Eckhart, but was swiftly cut down by Riek and his men. 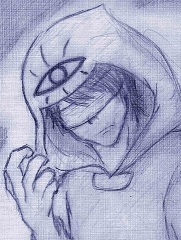