Unfrozen sister of Aspyce Chorda. Rescued by the Dynasty.

By birth, she is the older sister of Rogue Trader Aspyce Chorda, and was to claim the Chorda Warrant upon the passing of the family patriarch. However as many know, Aspyce’s desire for power started a war within her own family, that seemingly ended with the death of all possible claimants. Unbeknownst to the galaxy at large however, Asypce seemed to balk at the idea of familicide, and instead sealed her sister inside of a cryogenic pod, to be awakened upon her death so that Anastasia could ascend to the position of Rogue Trader naturally. This knowledge was kept by the Ventan Iron Hounds, who upon being declared Heretics sold their goods to Calligos Winterscale, before they were in turn stolen by the Hos Dynasty.

Since being unfrozen, she has been studying on Damaris to reacclimatize herself to the new time she has found herself in, and determine what influence – if any – she can still exert as her sister is missing following The Winterscale War, but neither she, nor the all-important warrant, have been conclusively found.

It has been noted that we have dethawed Anastasia Chorda.

Having chatted with her for a breif period. It has been made, that an overture for some reperations could be made.

She seems willing to have our family as an ally and it would perhaps be advisable to let bygones be bygones.

I have left myself to help her as a gesture of good will from out Family if she is ever in need of assistance. 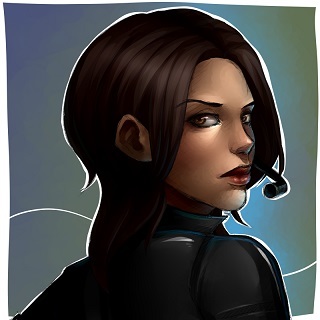